Where did all of March go!  I’ve had an entry on my to-do to write February recap posts, but it just got away from me, so I’m just going to combine them here.  First up, how did my yarn stash change? 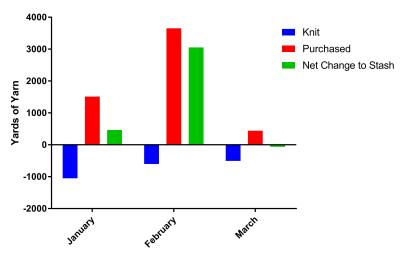 Whew….I bought a LOT of yarn in February.  I knew this was going to happen because February has Stitches West.  It’s AMAZING and hard to resist all the pretty yarn.  I did pretty well managing to not buy everything I loved.

My March purchases (and some of the February) came from buying yarn to make hats for the March for Science.  I made two in March – a colorwork one and a cabled one – both are free patterns from ChemKnits.  She has great patterns!!  I also finished two cowls, one of which was a test knit for Knox Mountain Knit Co.  The pattern was great and a perfect way to show off my speckled yarn from The Lemonade Shop.  Here’s a quick round-up of my February and March projects. 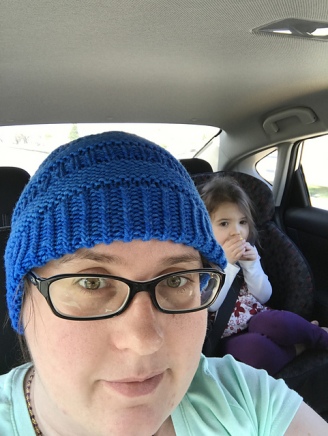 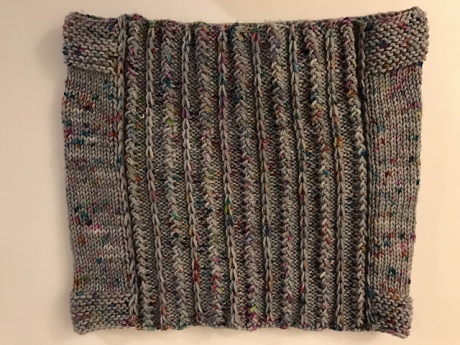 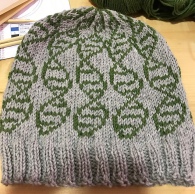 It was a pretty good two months.  I also made progress on some bigger projects, but I didn’t finish them.  I don’t count them as deductions from stash until they are done.

One thought on “February and March Knitting Recap”